Aaron Walker Live From The Greenway!

I'm Sorry, I Killed Your Son!

I just walked out of my accountability group and we talked about something important. I want to see if some of you guys want to go along with us in this.

I'm embarrassed to admit that about a month ago I got a speeding ticket. I went to traffic court this past Monday and there was about a three and a half hour class that I had to attend. At the end of the class, there was a about a five-minute video. There was a lady on the video that talked about her son, 16 years old that was killed by a drunk driver. And it really resonated with me because many of you guys know my story. And you've heard my testimony before back in 2001 where a pedestrian walked out in front of me and I ran over and killed the pedestrian. No, it wasn't my fault. I mean, you know he just didn't see me and so clearly, it wasn't my fault.

But when I started thinking through that, my cell phone came to my mind. And I've been guilty in the past of using the cell phone inappropriately. And I’ve texted when I shouldn't have texted or I've answered, a reply or whatever. Whatever, you fill in the blank for you on using your cellphone. But I told that story this morning to my accountability group and we made a commitment to each other: that we were going to put our cell phones in the console. Only maybe answer the phone but no texting, no Facebook, no messaging. No distractions. Here’s the reason I want to issue the challenge to you guys, as well. I don't want to go to a parent someday and look at them and sit down across the table and say, “I'm sorry I killed your son.”

Listen! I know personally, listen to me, I know what that feeling is like to run over and take somebody's life. And if I had been doing something that I shouldn't have been doing, I would have never gotten over it. You don't get over it anyway. Even the accident that I experienced 16 years ago I didn't get over it. God just gave me the grace to be able to deal with it. But if I had to go and sit down in front of a parent and say “hey, I'm sorry I didn't see your son run out in front of me on his bicycle” or whatever, hit a car and take somebody's life as a result of me texting on my phone and being distracted, I know I would never get over that. There's no way you would get over that as well.

So I guess what I'm asking you to do is go along with us in our accountability group and say, “You know what Big A, I'm guilty of that too. I've done that far too long. It's a problem for me as well.”

I'm going to tell you, I started doing this last Monday putting my phone in the console of my car and it's been difficult. I'm just going to be straight up honest with you. So many times I want to pull it out and make that text or reply to somebody or make that call. I'm just not going to do it. It's just not worth the risk. It's the very thing that I talk to you guys all the time.

Let's make intelligent decisions. Let us don't look back and say I'm sorry I won't do it again. But let's look forward and say it's best right. Well I want you to reply, baby, on this thread and say, “You know what, I'm in with you! I'm going to raise my hand. And I'm going to do that. We'll hold each other accountable. We’ll share this, We’ll help.”

We have got to get control of this because each and every day I see people driving off the road they're coming in my lane. A guy almost hit me head on the other day. And when he come over the hill he was on his phone. I saw him. I saw what he was doing.

It's really serious and I want you to hear me more so serious with this than any message that I put out there, anything that I've talked to you about. It's become an epidemic because we're so accustomed to using our cell phones. So I won't beat it in the bushes. I won't harp on you too much. But I want you to reply to this and say, “Hey I'm with you. I'm going to do the same thing.” 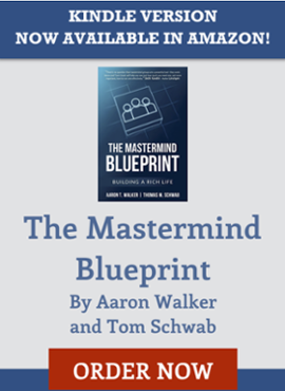